INVESTING AHEAD OF THE CURVE

Executing on office and multifamily trends

The lines have blurred between home and work. Workers demand creative
and inspiring spaces in both realms. Employers continue to seek solutions
for talent recruitment and retention. 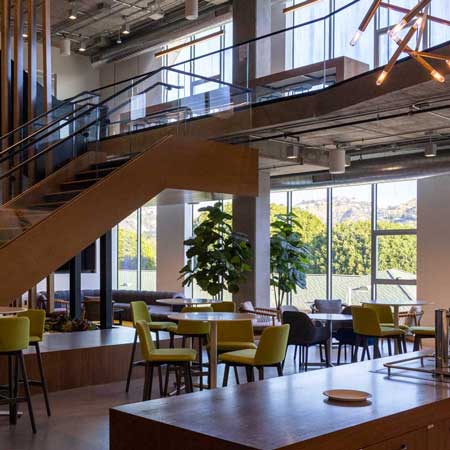 43%
Rent Premium for Creative Assets Over Traditional Office Space1
96%
of Pre-Pandemic Levels for Creative Office Leasing and Represents Only 5% of the U.S. Office Inventory1 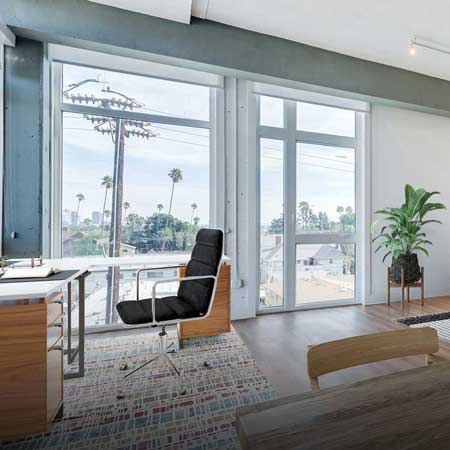 Creative Media & Community Trust (CMCT) is a real estate investment trust with an investment strategy that complements these trends.

CMCT is leader in acquiring and developing office properties that cater to growing industries such as technology, media and entertainment.

CMCT leverages the expertise of its manager, CIM Group, a community-focused real estate and infrastructure owner, operator, lender and developer with more than 25 years of experience. 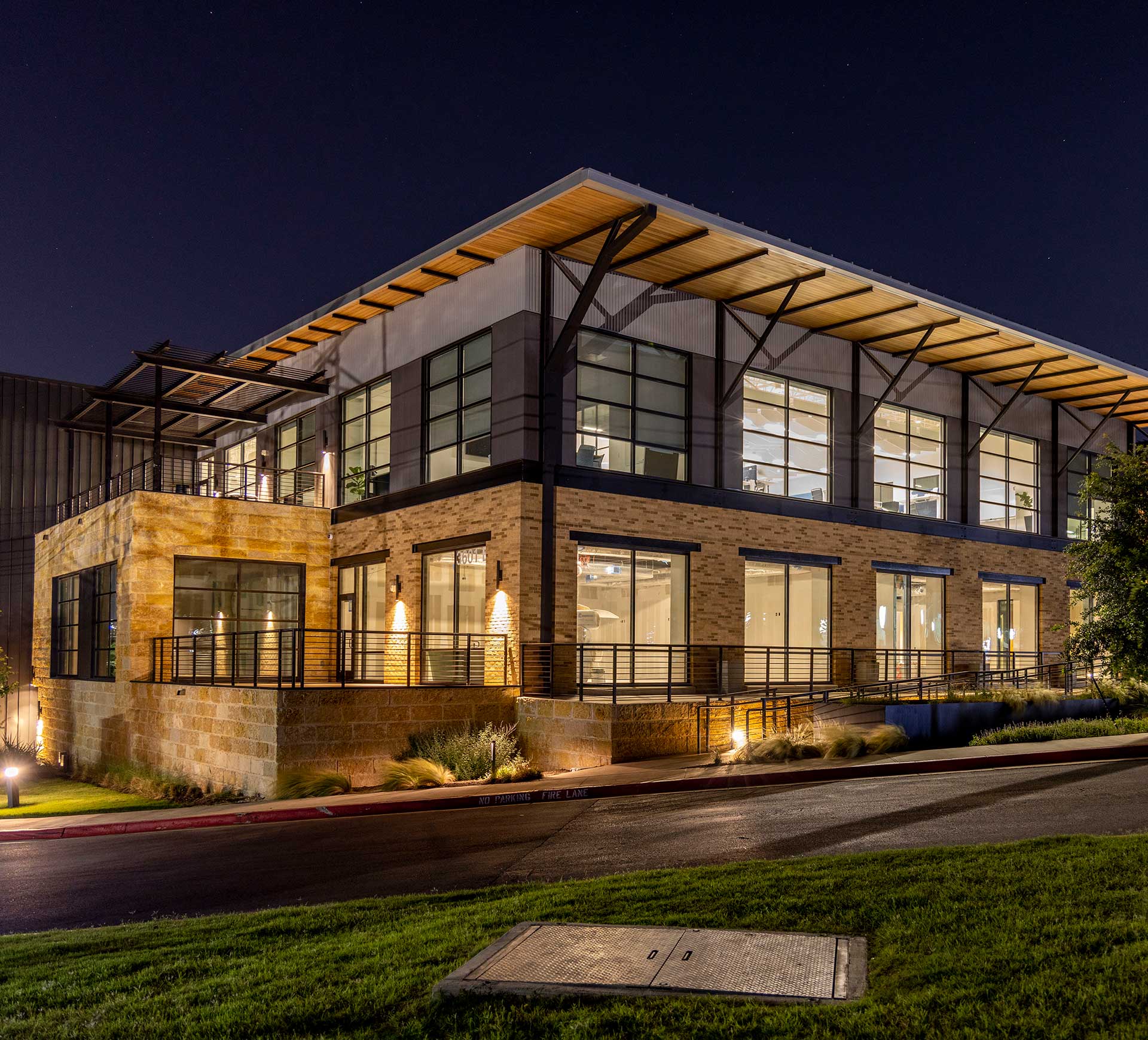 A former military air base has become a stunning creative office campus.

This previously industrial locale is now a hot spot for global media and entertainment. CMCT’s manager, CIM Group, has a long-term track record of investing in creative office and multifamily assets in thriving and emerging communities.

David Thompson is a Principal and Chief Financial Officer at CIM Group and the Chief Executive Officer of CMCT. He is responsible for overseeing all areas of Finance within CIM and serves on the Investment Committee. Prior to joining CIM in 2009, Mr. Thompson spent 15 years with Hilton Hotels Corporation, most recently as Senior Vice President and Controller. Mr. Thompson’s experience includes multi-billion-dollar real estate acquisitions and dispositions in the office, retail, multifamily, hospitality, gaming and timeshare sectors, as well as significant capital markets experience. He began his career as a CPA at Arthur Andersen & Co.

Barry Berlin is the Chief Financial Officer of Creative Media & Community Trust (NASDAQ: CMCT) and its wholly owned subsidiary lending business. He also serves as a Managing Director in the Finance and Capital Markets Group at CIM Group. Prior to joining CIM, Mr. Berlin was the Chief Financial Officer of CMCT’s predecessor, PMC Commercial Trust. His previous experience also includes roles with Laventhol and Horwath and Imber and Company, Certified Public Accountants. He earned a Bachelor of Science degree in Accounting from the University of Florida and is a Certified Public Accountant (CPA).

Richard Ressler is a Co-Founder and Principal of CIM Group® with more than 30 years of active real estate, infrastructure and lending experience. Since co-founding CIM in 1994, Mr. Ressler has been a fundamental influence in shaping the organization and facilitating its growth. He is the chair of CIM's Executive, Investment, Allocation and Real Assets Management Committees and serves on the firm's Credit Committee. He leads several teams essential to internal and external operations at CIM. Prior to co-founding CIM, Mr. Ressler founded Orchard Capital Corp., and continues to oversee companies in which Orchard Capital or its affiliates invest. Additionally, Mr. Ressler has served as Vice Chairman and in various executive capacities of Brooke Group Limited. Prior to Brooke Group he worked as an investment banker at Drexel Burnham Lambert, Inc. and as an attorney at Cravath, Swaine and Moore. Mr. Ressler currently serves as a board member for various public and private entities, including serving as chairman of the boards of CIM Commercial Trust Corporation and j2 Global, Inc.

Shaul Kuba is a Co-Founder and Principal of CIM Group with more than 25 years of active real estate, infrastructure and lending experience. Since co-founding CIM in 1994, Mr. Kuba has been an integral part of building the firm’s real estate, infrastructure and debt platforms. He serves on the CIM’s Investment and Real Asset Management Committees, providing guidance on the diverse opportunities available across CIM’s various platforms. As the head of the development team, he is actively involved in the development, redevelopment and repositioning of CIM’s real estate assets. Additionally, Mr. Kuba is instrumental in sourcing new opportunities and establishing and maintaining relationships with national and regional retailers, hospitality brands and restaurateurs. Prior to CIM, Mr. Kuba was involved in several entrepreneurial real estate endeavors, including co-founding Dekel Development, a developer of commercial and multifamily properties in Los Angeles.

Avi Shemesh is a Co-Founder and Principal of CIM Group with more than 25 years of active real estate, infrastructure and lending experience. Since co-founding CIM in 1994, Mr. Shemesh has been instrumental in building the firm’s real estate, infrastructure and debt platforms. He serves on CIM’s Investment and Real Asset Management Committees, providing guidance on the diverse opportunities available across CIM’s various platforms. Mr. Shemesh is responsible for CIM’s long-time relationships with strategic institutions and oversees teams essential to acquisitions, portfolio management and internal and external communication. Prior to CIM, Mr. Shemesh was involved in several entrepreneurial real estate endeavors, including co-founding Dekel Development, a developer of commercial and multifamily properties in Los Angeles.

Douglas Bech has served as founder and Chief Executive Officer of Raintree Resorts International and its predecessors since August 1997. Raintree owns and operates upscale vacation ownership resorts in Mexico, the United States and Canada. Prior to founding Raintree, Mr. Bech practiced securities and corporate finance law from 1970 until 1997. Mr. Bech also has served as a director of j2 Global since November 2000. From August 1988 through November 2000, he served as a director of eFax.com, a company j2 Global acquired in November 2000. Mr. Bech also serves as lead director of HollyFrontier Corporation, which was the result of a merger of Frontier Oil Corporation and Holly Corporation in July 2011 and had previously served as a director of Frontier Oil Corporation since 1993. Mr. Bech's previous work as a securities and corporate finance lawyer, as a director of two other public companies, and his current experience as a chief executive officer of a private enterprise engaged in marketing, management and consumer finance in three different countries, will provide expertise on corporate governance, legal matters and finance, as well as a general business management perspective to the Board of Trust Managers. Mr. Bech serves as chairman of CIM Commercial Trust's Nominating and Corporate Governance Committee and is a member of the Audit Committee and the Compensation Committee.

Marcie Edwards served as the General Manager of the Los Angeles Department of Water and Power (LADWP) from 2014 to 2017. In that capacity, she managed a city agency with an annual budget of more than $6 billion and approximately 10,000 employees. As part of her role at LADWP, she served as a member of the Board of the Water and Power Employees’ Retirement Plan, overseeing more than $12 billion in investments. Prior to her tenure at LADWP, Ms. Edwards was the City Manager of the City of Anaheim from 2013 to 2014, overseeing an annual budget of more than $1 billion with approximately 3,000 employees, including a fire department, a police department, and a public utility company. From 2000 to 2012, Ms. Edwards was the Utility General Manager of Anaheim Public Utilities and, prior to 2000, Ms. Edwards spent almost 25 years with LADWP in a variety of positions. From 2019 to 2021, she was Chair to the California Wildfire Safety Advisory Board as a gubernational appointee. Since 2019, Ms. Edwards has been a board member of S&C Electric Company in Chicago (and a member of the Audit Committee since 2021). In 2019, Ms. Edwards was invited to serve on the Southern California Gas Company’s Advisory Safety Council. Further, since December 2018, Ms. Edwards has served on the Board of the Boys & Girls Club of Santa Clarita Valley. Ms. Edwards has a Master in Public Administration from the University of LaVerne. Ms. Edwards has extensive experience in public administration and provides the Board with a strong resource on a variety of important strategic matters.

Elaine Wong was a Principal at CIM Group, L.P. and served as its Head of Marketing & Communications from May 2018 until her retirement from CIM Group, L.P. (“CIM”) at the end of June 2021. Ms. Wong was a member of CIM’s Investment Committee from February 2015 to June 2021. From February 2015 to April 2018, Ms. Wong served as CIM’s Global Head of Partner & Co-Investor Relations. She served at CIM from February 2012 to January 2015 as 1st Vice President, Global Head of Fundraising and Investor Relations, from February 2010 to January 2012 as Vice President, Fundraising & Investor Relations, and from April 2007 to January 2010 as Associate, Investor Relations. She was also a director of CIM Real Estate Finance Trust, Inc. (“CMFT”) from October 2019 to December 2021, a director of CIM Income NAV, Inc. from October 2019 until its merger with CMFT in December 2021, a director of Cole Credit Property Trust V from October 2019 until its merger with CMFT in December 2020 and a director of Cole Office & Industrial REIT (CCIT II), Inc. from October 2019 until its merger with GRT in March 2021. Prior to joining CIM, Ms. Wong served from May 2005 to March 2007 as an Associate at Perry Capital, LLC, and from July 2001 to April 2005 as an Analyst, and then Associate in the Equities Division, Financial and Strategic Management, of Goldman Sachs & Co. Ms. Wong received her Bachelor of Science degree in Accounting and Finance from New York University, Leonard N. Stern School of Business. Ms. Wong was selected to serve as a director because of her experience and expertise in investor relations, marketing and communications strategy, and fundraising, all of which are expected to bring valuable insight to the Board.

1. Source JLL US Creative Office Report – January 2022
Includes properties that are operated by CIM Group on behalf of partners and co-investors. CMCT’s assets included properties owned and properties CMCT expects to acquire. The properties shown may not be representative of all transactions of a given type or of investments generally, may represent an investment/investments that performed better than other investments made by the CIM funds, is not necessarily indicative of the performance of all such investments by the CIM funds and is intended solely to be illustrative of the types of investments that may be made by CMCT. There can be no assurance similar investment opportunities will be available to CMCT or that CMCT will generate similar returns.